McLean, VA, December 2, 2022 –On Wednesday, November 30th, OST supported the Dayton-Wright AFCEA Chapter in hosting an event at the National Museum of the United States Air Force entitled Remembrances of the Vietnam War: An Evening with Medal of Honor Recipient Sammy L. Davis. Sergeant Davis is an American soldier who served in the United States Army during the Vietnam War and was awarded the nation’s highest military medal for valor by President Lyndon B. Johnson, the Medal of Honor. More than 200 attendees got to hear Sergeant Davis tell his amazing story of bravery, service, and love alongside his wife, Dixie. 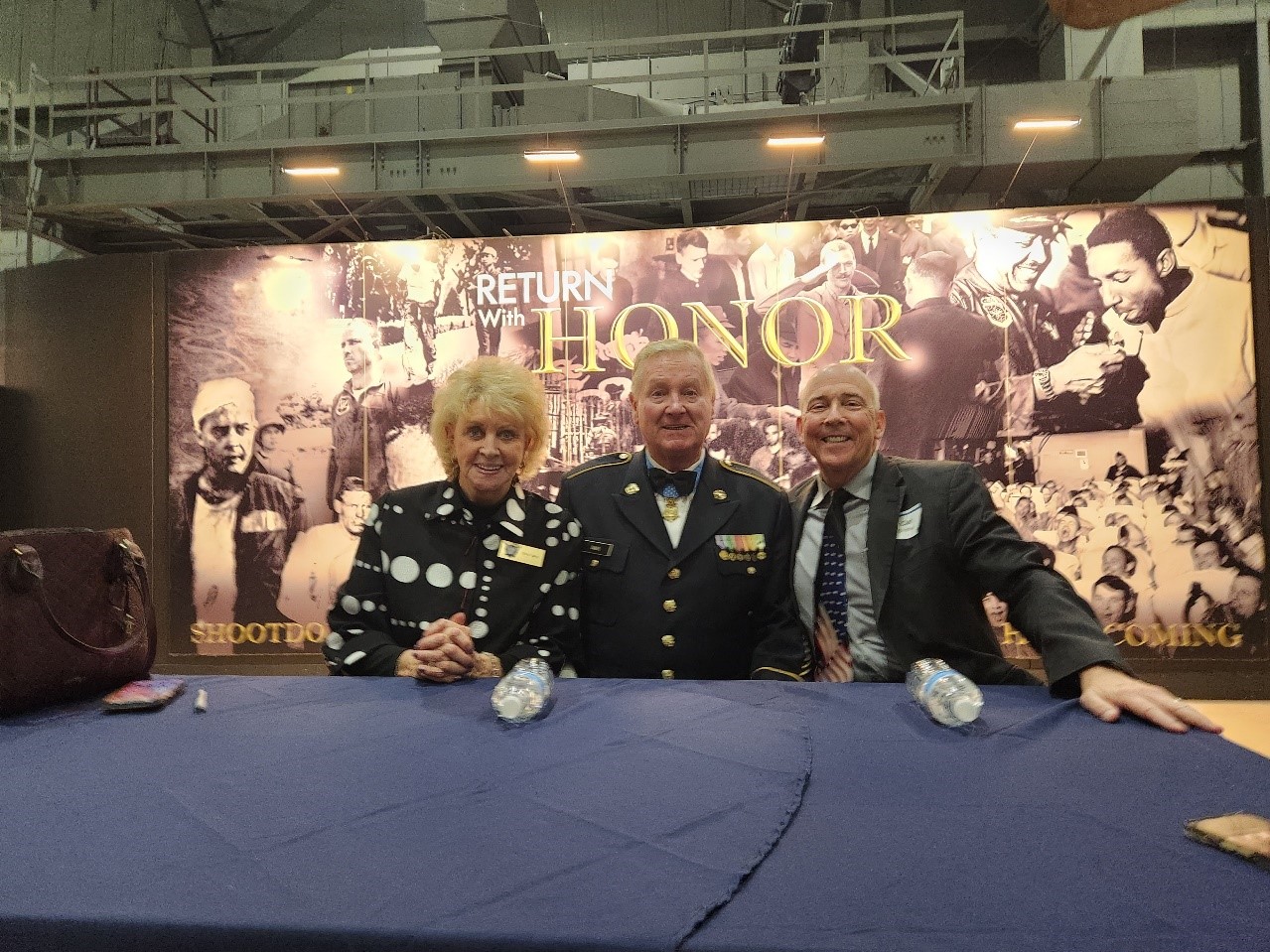 On November 18, 1967, Sergeant Davis’s unit fell under machine gun fire and heavy mortar attack by an estimated three companies from the 261st Viet Cong Main Force Battalion. Upon detecting an enemy position, Sergeant Davis manned a machine gun to give his comrades covering fire so they could fire artillery in response. Wounded during the attack, Sergeant Davis ignored warnings to take cover. He also disregarded his inability to swim due to a broken back and crossed a river on an air mattress to help rescue three wounded American soldiers. Sergeant Davis found his way to another howitzer site to continue fighting the NVA attack until they fled, nearly two hours after the start of the attack.

President Johnson awarded Sergeant Davis the Medal of Honor for his actions. Many years later, his actions would reclaim attention when footage of his Medal of Honor award ceremony was used in the film Forrest Gump, with actor Tom Hanks’ head superimposed over Davis’.

OSTian’s Nathan Morris and Carl “Shof” Shofner helped organize the event, providing the invocation, serving as the Distinguished Visitors coordinator, and moderating a Q&A with Sergeant Davis. Dinner and autographed versions of Sergeant Davis’s book, You Don’t Lose ‘Til You Quit Trying, were paid for by the Gary Sinise Foundation which honors our defenders, veterans, first responders, their families, and those in need.

The Dayton-Wright AFCEA planning team (minus a few who were not available).

The event was attended by dignitaries, veterans, and military from across Southwest Ohio including veterans and members from all branches of the military, police chiefs, fire chiefs, and congressional offices.